On April 24th Chief Scout Bear Grylls honoured nearly 350 Scouts from all around the country with their Queen’s Scout awards.

They were presented with the award at Windsor Castle and joined by Scout Ambassadors alongside the Lord Lieutenant, in front of family and friends in what was a fantastic celebration of achievement.

The Queen’s Scout Award is the highest honour in Scouting and is awarded for outstanding personal achievement.

This honour is achieved by young people aged between 16 and 25 who have completed a range of challenges, which includes service to their community, completing an expedition in wild country, undertaking a five-day residential project in a new environment, developing an existing talent or learning some new skills to build on what they have already learnt in the Scouts.

These young people will have shown that they are dedicated and willing to learn all they can, which will provide them with opportunities to gain skills for life. 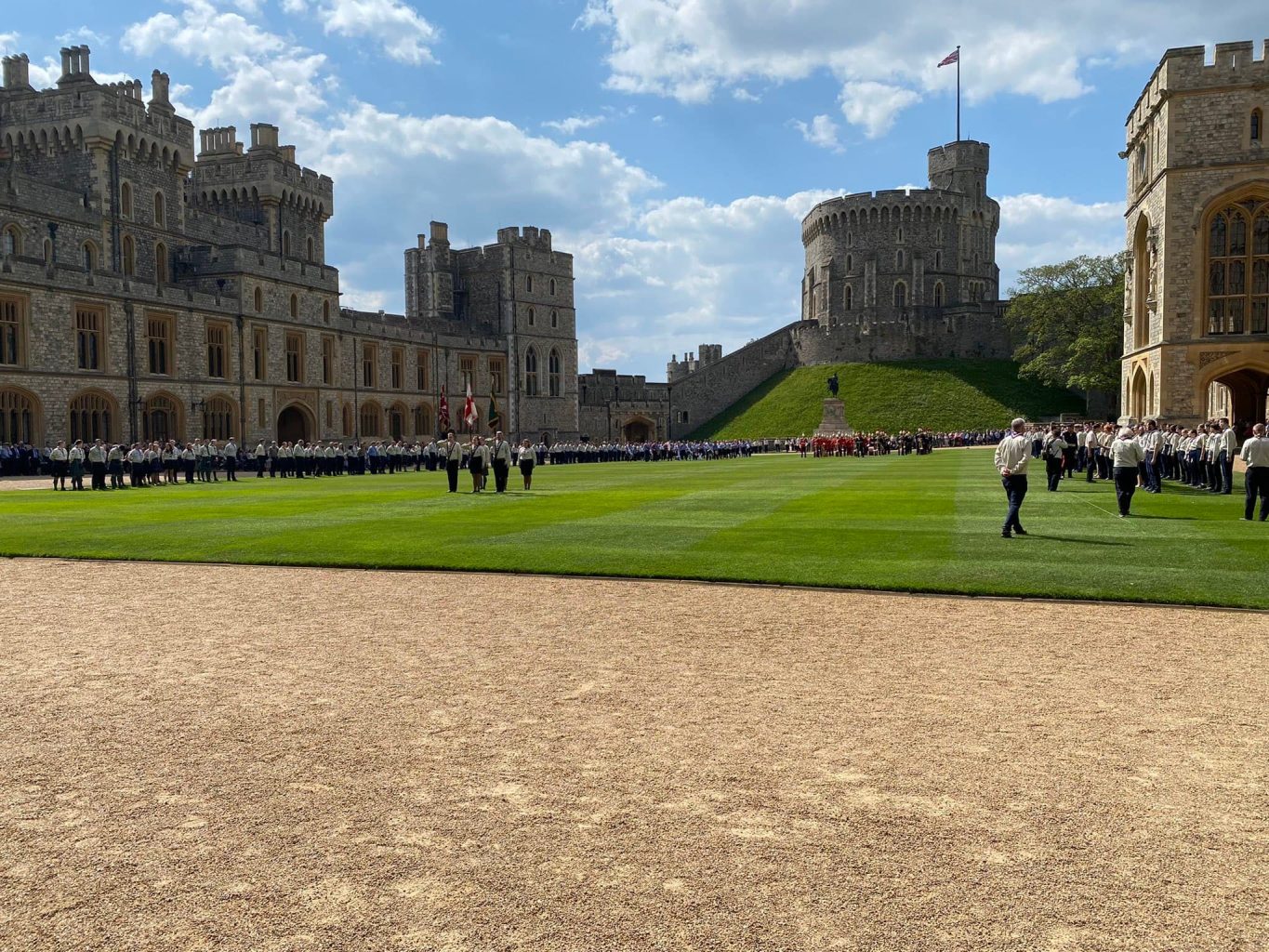 “Queen’s Scout award recipients are the absolute pinnacle of determination, grit, and perseverance. They’ve contributed to their communities and developed skills along the way and earning their Queen’s Scout Awards is just another step in their journey to personal growth. These Scouts are an inspiration to all others around the world thanks to their hard work and I find myself full of admiration for every single one of them.”

We would like to congratulate the five Queen’s Scouts from across the area awarded in Windsor over the weekend: Jamie, Grace, Isaac, Nathan and Cavan.

The annual Windsor Castle event has been held since 1934 on the Sunday nearest to St. George’s Day.

St. George is the Patron Saint of Scouting. Since the Queen’s Scout Award began, over 100,000 of these awards have been presented to young men and women for outstanding personal achievements and service to their local communities.

They have learned new life skills and developed them into what will one day be useful for their careers.